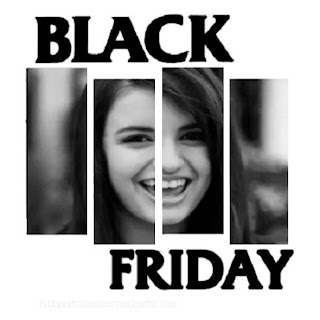 Ok, so in case you've been living in an internet-free cave for the past 2 weeks, here's what I'm talking about:

I told myself I wasn't gonna do it.  I went all day, going back and forth over whether or not to post about this shit today, and I was winning the argument not to do it.  Everything was going fine, I was starting to snowball ideas for some leftist rant or whatever, all the while masochistically absorbing all the Rebecca Black

news I could find on the intrawebs, and then I saw this:

Ok, so granted, the internet brings out the worst in anonymous, hateful douchebags and maybe wishing death on her is a bit much, but "cyberbullying?"  Come on.  Listen, the thing about cyberbullying is that it's picking on someone and holding them up for public scrutiny on the internet when they aren't trying to put themselves out there.  Taking a phone pic or video of some nerdy kid doing something dumb or a girl shitting her pants or something and putting that all over the internet so everyone can humiliate her - that's cyberbullying.  Spamming someone's facebook page with hateful comments and going out of your way to harass someone who's trying to maintain a low, normal online profile - that's cyberbullying.  Getting a ton of hateful criticism over your incredibly shitty song and video that YOU uploaded to youtube YOURSELF -  that's just backlash. 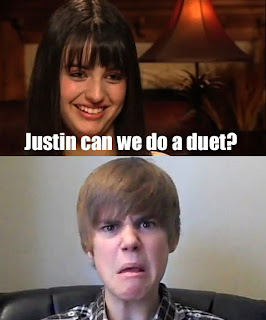 fan.  I don't hate the guy, but  you know, I'm an adult male.  Still though, to dude's credit, he's probably had as much public backlash and hate as any pop idol ever and he started getting it when he was 15, and you never saw him crying about being cyberbullied and trying to make his critics feel guilty for picking on him.  When you put yourself out there with the intent of being a celebrity, you're going to get both positive and negative reactions.  The more your fame seems "deserved," i.e. the more discernable talent you appear to have, the less negative feedback you receive.  Lately though, every attention whore kid with rich parents thinks they deserve to be famous, and it's really fucking annoying.  Yes, I blame Paris Hilton, Nicole Ritchie and especially the Kardashians, they basically have proven without a doubt that if you shamelessly whore yourself out to every camera you see and use enough of daddy's money to promote it, you can be famous just for being overexposed.  It's like if you stick a turd in to enough happy meals, eventually someone's going to eat it.  So, now we have Rebecca Black, who's parents paid an "undisclosed" amount of money to help launch her career, the career of a 13-year old girl who frankly should be worrying about starting high school next year, not being a pop star and wading through thousands of pages of hate mail from people who wish she would cut herself and die.  As much as I can blame Rebecca for this, because she's basically just getting what she wished for - fame - I have to blame her parents 100 times more. 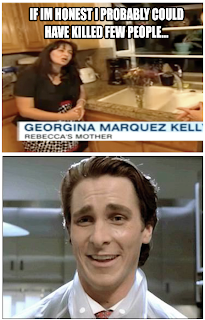 Here's a tip Georgina - if you don't want to have to worry about feeling the urge to kill people who viciously insult your untalented 13-year old daughter's horrible song, then don't pay a shitload of money to record it and make a video for it and then post it on youtube and spend even more money to promote it, you stupid cunt.

Just because you love your kid and you think her singing is great and you think she should be entitled to have all her dreams of fame and pop stardom come true, doesn't mean the rest of the fucking world agrees with you, and frankly we're fed up with you shitheads forcing your kids on us like we should give a shit.  Money can buy a lot of things, studio time, a producer, promotion, payola and attention, but it can't buy talent.  There's a really creepy thing going on more and more these days where the stage parent is merging with the pageant mom and we're getting this whole new slew of way too overbearing and pushy parents dressing their tween-age kids up like they're going out clubbing and trying to make stars out of them.  It's fucked up on a number of levels.  Besides the well-documented issues we're already painfully aware of with girls who were raised doing those horrible fucking pageants since they're 5 years old who grow up and become completely fucking emotional messes with eating disorders and self-image issues that would make Karen Carpenter

look healthy and well-adjusted, now we have another level to the sadism because these fuckheads are putting their kids out on the internet for public consumption, and the public is a messy fucking eater.  Does a 13-year old girl need to read comments from people telling her she should get an eating disorder so she would be pretty?  Does she need to be told she should cut herself and die?  Does she need to hear people say she makes them wish they were deaf?  That's some fucked up shit, and it's all the fault of her stupid fucking parents who, instead of doing the smart and responsible thing and saying "Keep practicing and working at it and if you still want to do it when you're 16 even, we'll talk about it," they tell her "Oh that's wonderful sweetie!  You're so talented and special, we'll make you the next Justin Beiber!"  A 13-year old is nowhere near emotionally capable of dealing with being put into that kind of a spotlight and held up to that level of scrutiny.  This girl is going to be blasted to the tits on coke and a complete emotional nightmare in 3 years.  When her "frans" are all picking out colleges and preparing for the next step in their education, she's going to be seeing a therapist 3 times a week to help her quit making herself throw up after meals.  When the "friend on her right" is long gone from the meme-verse and nobody even cares about Rebecca Black anymore, she's going to be suing her parents to get whatever money she made back that they stole from her.  CPS should step in on her behalf and separate her from the circle of horribly irresponsible adults that she's surrounded by who are exploiting her and waiting for the cash cow to start producing milk so the can all suck her dry.  Now I fucking almost feel sorry for this tone-deaf shit bag!

Ah... much better.
I guess the upside to all this is that there have been a ton of funny ass meme's that have sprung up over this shit.  Part of me feels guilty for clowning on a little girl and part of me doesn't.  Like, the part that thinks Rebecca's going to end up in therapy and rehab before she's 18 feels bad, but the part that thinks the far more likely scenario of her making  sex tape with a pseudo-celebrity and parlaying that into her own E show doesn't.  Regardless, if she was raised worth a shit, she would still just be the cutest and most popular girl at whatever middle school she's attending right now with a modest collection of Facebook friends and a huge crush on Justin Beiber, instead of the biggest 15-minute running joke on the web right now.  So, thanks unscrupulous stage mom, for introducing the world to your 13-year old little nugget of comedy gold! 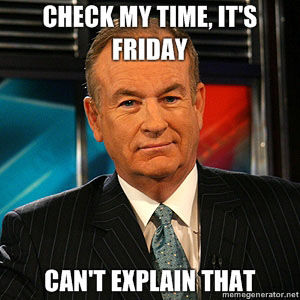 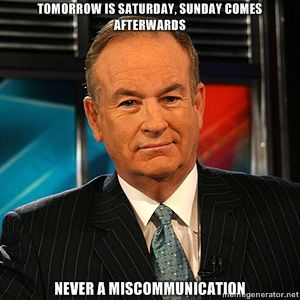 It works on so many levels! 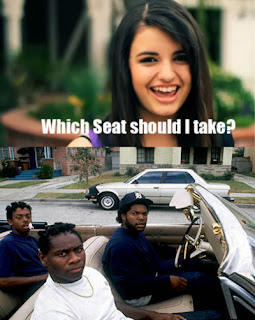 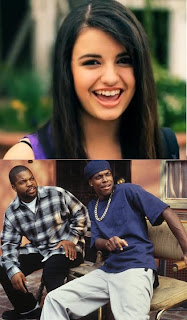 Thanks, Rebecca, for giving me something to write about today.  And you know, with the right arrangement and a better singer, that song isn't all that bad...


This shit is serious son, serious...
Much credit to the Know Your Meme website for the images and inspiration, and to Rebecca Black for seein' her frans on fried egg, fun fun fun fun...
Posted by Dave at 5:25 PM