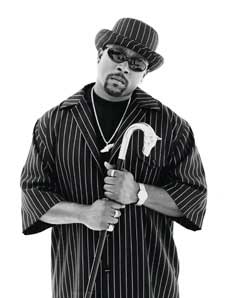 1970-2011
According to an family statement released in Nate Dogg

's hometown newspaper, the 41-year old rapper has passed away from a yet-undisclosed cause.  While the cause of death for Nate is unknown, the singer had suffered two major strokes in the last few years and had been battling health problems ever since.  Nate rose to fame as the hook singer on pretty much every major release during Death Row Record's infamous heyday in the early to mid 90's, when the label boasted such talent as Dr. Dre

and pretty much every rapper who ever had a hit single in the last 20 years.  As Mac 10

put it on The Westside Connection

"It ain't a hit till Nate Dogg spits."
The song that put Nate Dogg on the map, Warren G's 1994 single "Regulate"
Can't forget one of Nate's best hooks, Snoop's 1993 track "Ain't No Fun."
I'm a big classic Death Row Records fan.  The stuff that they were putting out from Dre's "The Chronic