Today I'm going to be out of town, away from the home base, enjoying the wonderfully chilly-in-the-summer awesomeness that is San Francisco, my favoritest major metropolitan area in the state.  Now, typically when I am called away from my post during the week, I tend to neglect my posting duties for the day.  However, due to negative feedback from the 2 or 3 people who actually read this thing on a daily basis, I feel obligated to try and compensate by coming up with creative solutions to this dilemma.  In this pursuit, I have decided to invite people who I think are smart, witty, creative and generally awesome to fill in as a guest-blogger and provide suitably awesome content in my absence.


Today's post is brought to you by my first-ever guest blogger, Siarah O'Brien.  Those of you who actually follow my blog, or who know all of us in real life, know that Siarah is the brilliant daughter of two of my very best friends, Shawn and Kristin O'Brien.  She's 14 years old, a freshman in high school, insanely talented and she said yes when I asked if she would guest blog for me.  Pretty much all the qualifications of an A+ guest blogger, especially the saying yes part.  I have a feeling she will be the Melissa Harris-Perry to my Rachel Maddow, at least until she gets sick of me asking her to fill in when I'm gonna be out of town.  At any rate, please enjoy the following post and thank you, Siarah, for providing excellent content!  I now yield the floor to Miss O'Brien...

First off, let me just say it feels pretty awesome to be the Dave Factor’s first ever guest blogger. Yep, that’s right, FIRST EVER. Super awesome and something I didn’t even expect to be asked to do. Plus it gives me a chance to test out my new typing skills because I just finished learning typing in school. Yay! I spent a few days trying to figure out what I should blog about for this special occasion. Blogging for someone else isn’t as easy as blogging for yourself. So it took a few days of intense thinking. My parents suggested a few things, which helped me out. It’s really a rather random post but then again, I’m a really random girl. :D 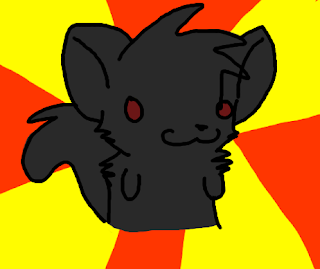 So, I’m Siarah, a 14-year-old girl who loves kitttehs, tacos and being awesome and random. I actually have been mentioned in this blog before as the creator of Death Cat the Series. Dave wrote a whole post about DC which to me, was a really big deal. I remember Dave and Shannon from when I was little so we’ve all known each other for a long time. I really like drawing and animating (even though I take along time to animate) because it’s fun! I’m a ‘profeshunal’ kitteh drawer because I’ve just always drawn them for some reason. I’m no good at drawing people though but I can probably draw any animal decently. I go to Hanford High and woah, it is nothing like Jr. high. I keep seeing kids making out in the hall and that isn’t something you want to see everyday. Plus several guys have, like, actual beards and I don’t think you’re supposed to have a beard at this age. So I think I’m the normal one in that school which is different because I’m not used to being the normal one. 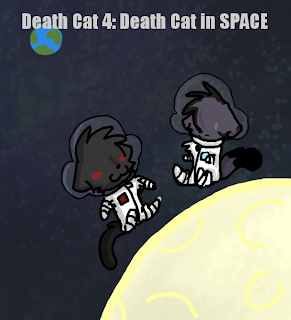 Now, let’s go back in time and visit a young girl with a dream. A dream were good and evil clash in an epic battle of epicness, a dream were said good and evil take the form of two kittehs. Yes, Death Cat. Possibly my greatest creation. When I first started DC, I didn’t plan on doing anything with it. I just wanted to draw cats on live action backgrounds that I ‘borrowed’ from Google images. But then I found myself drawing the same cat, an evil cat with sharp POINTEH TEETH. So after he was done terrorizing helpless bystanders at the lake and swatting helicopters out of the sky from the Empire State Building, I created our heroine and both Death Cat and Hero Cat (who, Fun Fact: is actually a girl) fought their first battle. Which ended with Hero Cat beating Death Cat with a small, but powerful, stick. I posted it on Youtube and my parents shared it on their Facebook page and for some reason, my poorly drawn, barely animated, video received several positive comments. Dave suggested I make another featuring a giant squid and Death Cat: The Series was BORN!

Well now that I look at it, I wrote a lot. And my hand hurts so I’m cheating and not using the home-row keyboarding method I learned in Business 1.  I was gonna use the last paragraph to talk about tacos but you're probably tired of my random babbling. Hopefully my art will make up for what little interesting-ness this particular post has. So yeah, all this art was by meee and made just for this occasion. :3 Hope you likeeee.       -Siarah 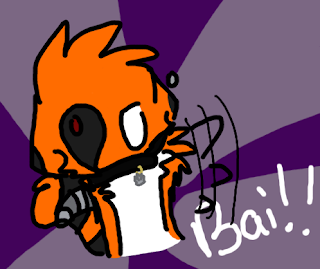