Last night was the off-year, nobody really pays attention for the most part, except for a few important individual ballot measures in certain states, otherwise it's mostly ignored, low-turnout election!  Where we live, the hotly-contested fights were for mayor and 3, count them, 3 vacant city council seats!  I literally read up on each of the candidates 20 minutes before we went down to the mall to vote.  Based on what I read, I picked the incumbent mayor and an educator, small-business owner and a liberal-leaning incumbent for city council.  Of course, everyone I voted for lost, but considering how crappy things are in this part of the state - and in particular this city - I doubt it really matters who won.  I think a rabid German Shepherd could run this city better than the people in there now.  However, not every city and state had as boring and seemingly unimportant set of voting day choices... 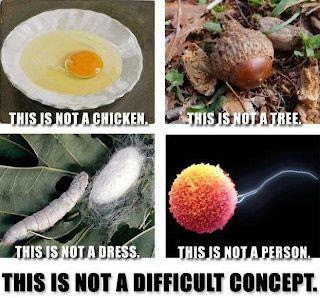 First, there was Mississippi.  The "personhood amendment", otherwise known as Initiative 26, would have defined life as beginning at the moment of conception, a move that would have not only outlawed abortion entirely, but would have also banned many forms of birth control, including the pill, as well as laid the grounds for possible criminal investigation into miscarriages.  Obviously, this was an extremely controversial ballot measure from the onset, bringing out both pro-life and pro-choice groups, as well as earning a lot of high-profile attention from pundits on both sides of the issue.  Mike Huckabee fervently supported this measure and famously put Mitt Romney on the spot to admit that he, too, was in favor of it, apparently without even really understanding exactly what this measure fully called for.  This was a vote that I was pretty passionate about.  I've said before that I'm against abortion, I don't personally believe in abortion unless it's medically necessary, but I am absolutely pro-choice.  My personal views on abortion are exactly that, my personal views.  I respect the right and freedom of every woman to make her own choice what she does with her body and I don't think the government has any right whatsoever to insert itself into that process.  The passing of Initiative 26 would have taken that choice, that freedom away from women in MS - a state which currently has one of the highest rates of abortion and is among the poorest states in the country.  More than just that, though, the passing of laws like this sets legal precedent and such a draconian and irrational law would create a dangerous legal precedent against abortion on a national level.

Fortunately, the measure failed by about a 2 to 1 margin last night.  While supporters of the measure are blaming the defeat on lies and misinformation spread by groups like Planned Parenthood to deceive pro-life voters into voting against the personhood amendment, the reality is that conservative overreach was given a pretty big punch in the face last night and perhaps the first shots of the anti-Tea Party backlash have been fired. 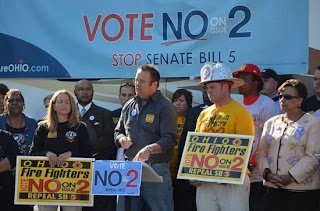 In Ohio, possibly the biggest ballot measure vote in the entire country took place.  The vote to repeal Gov. John Kasich's anti-collective bargaining law was also overwhelmingly successful - another decision made by a 2 to 1 margin.  This was perhaps the most significant victory of the night for progressives and certainly the most stinging defeat for the Tea Party.  Even Gov. Kasich seemed visibly shaken as he stammered through his concession speech, sounding chastened and conciliatory and repeating the phrases "I just have to take a deep breath" and "I have a lot of thinking to do" several times.  Many viewed the success or failure of this anti-collective bargaining bill as a referendum on Kasich's governorship, with a failure of the bill being an almost certain precursor of Kasich's own grim chances for re-election or even possible recall.

Much like the personhood amendment in MS, Issue 2 had a lot of big-money backers and high-profile support.  However, the money and resources spent to pass this bill grossly exceeded that which was spent on Initiative 26.  Tens of millions of dollars poured into Ohio on both sides of the issue and conservative pundits came out of the woodwork to try and persuade the middle-class of Ohio to vote against their own interests by supporting Issue 2.  In the end, however, middle-class Ohioans chose to support their rich, working-class heritage and back their own interests and rejected the overreach of their Republican state leadership in attempting to strip collective bargaining rights from state union employees.


There were certainly other less dramatic but important votes that went down last night.  Maine voted to bring back it's decades-old same-day voter registration, which had been killed by the GOP leadership just a couple short years ago.  Dems held on to state senate majorities in NJ and VA and some Republican recall efforts across the country were successful as well.  Though last night's elections might have been mostly snoozers for much of the country, they had some very important ramifications in these specific states and they sent a pretty clear message to the GOP and it's Tea Party extremist base - the overreach is over.

Nearly all of the Tea Party candidates who won elections in 2010 ran on the promise of job creation and growing the economy.  Almost none of them actually passed or even actively worked on legislation to facilitate either of those things.  Gov. Kasich, for example, ran on job creation and instead passed his anti-collective bargaining, union-stripping law instead.  WI Gov. Scott Walker ran on the same promises and also instead pushed an anti-union law through with help from his GOP state legislature.  In FL, Gov. Rick Scott ran on job creation and decided drug testing welfare recipients was a better use of state resources - a move that cost taxpayers millions of dollars and saved less than $100,000 because only 2% of welfare recipients tested positive for drug use.  There's the personhood amendment in MS, the push to do an end-run outlawing of abortion in KS by imposing ridiculous, arbitrary architectural guidelines on clinics that provide abortion, designed specifically to force the 3 remaining clinics in the entire state to shut down.  Across the country, the last 2 years have been an exercise in "bait and switch" by the Tea Party and the far-right.  Elections were won on the promise of job creation and those promises were soundly ignored in favor of anti-union laws, anti-abortion laws and laws designed specifically to make it harder for minorites, students and the elderly to vote - groups that are historically either pro-democratic or in favor of social safety nets like social security and Medicare, which Republicans want to gut funding for.

Last night's elections were the first chance for people who felt hoodwinked by the GOP and the Tea Party to push back and express their dissatisfaction at being scammed.  After 2 years of being promised one thing and given another, last night was the beginning of the rejection of the extreme socially conservative agenda and overreach of the GOP in state politics.  It was the first chance for the people to say "You promised us jobs, we elected you because of that promise, if you aren't going to keep it, then we'll replace you with someone who will."

Who knows what influence the Occupy and 99% movements might have had on last night's elections.  Personally, I think those movements were the product of massive public dissatisfaction, rather than the other way around.  I don't think Occupy influenced voters as much as voters influenced Occupy.  The people have been fed up with being pissed on and told it was raining since 2010.  What Occupy has done, though, is to provide a national sense of unity among progressives, moderates and independents.  It has affirmed to those groups that, despite what certain cable news channels and talk radio pundits might claim, America is not a predominantly center-right country.  We are a progressive nation and the more the people who support progress and fairness realize they aren't the silenced minority, the more they are making their voices heard.

In Ohio, Issue 2 had a higher voter turnout to vote "no" on it than Gov. Kasich received in "yes" votes when he won his office.  Simply put, more people are now upset and moved to action by the governors actions than supported putting the guy there in the first place.  This certainly doesn't bode well for his re-election efforts.  Those numbers were echoed nationwide.  While many races, like the ones in my town, were breaking records for low voter turnout, these hotly-contested ballot issue, recall and Senate seat elections saw huge turnouts, larger than those in the 2010 mid-terms.  This is good news for those of us who still believe that rational, progressive-minded ideology is alive and well in our country.  It's a referendum on the Tea Party, albeit a small one for now.  Most importantly, though, it's a sign of things to come.  Republican overreach, bolstered by Tea Party social extremism, has already outlived its usefulness among voters.  2 years of broken promises and misplaced priorities has worn out the Tea Party's welcome.  The people were very clear in their voting in 2010 - they wanted jobs.  That's all, just jobs.  They didn't ask for tougher abortion laws, they didn't ask for union-stripping bills, they didn't ask for drug testing welfare moms or suppressing voter turnout.  They didn't ask for a sweeping socially conservative takeover, they asked for jobs.

One thing the GOP and the Tea Party seem not to be able to grasp about the middle-class in this country is that we aren't really that hard to please.  We have swallowed a lot of crap over the last 30 years and we have the capacity, unfortunately, to swallow a whole lot more, just as long as we're able to keep working and providing a decent quality of life for ourselves and our families.  See, back when Reagan was first selling out our country to his corporate puppet masters, the majority of the American people didn't care, because they were working and making a good living.  When Clinton set up the great bubble and bust economies of the late 90's and 2000's by repealing Glass-Steagall and other market regulation, the people didn't care because we were working and making a decent living.  As long as the average American can pay his bills and have some nice things at the end of a hard day's work, they'll put up with a surprising amount of crap from the top 1%.  It's when we can't even have that that people start to get pissed off.  I've said from the beginning of this whole Occupy and 99% movement that the top 1% could get out of this so cheap if they'd just agree to Obama's proposed 3% tax increase.  It would be an incredibly small expenditure, proportionately speaking, that would have basically ended the entire 99% movement before it began.  All people want is the illusion of fairness, even more than the actual delivery of it in most cases.  If it just looks like those who have done the best in this country over the last 30 years are sharing in the sacrifice with those of us who have done the worst, that would go an amazingly long way in easing the tensions between the 1% and the other 99%.  The stubborn refusal of the 1% to give an inch and the unflinching support of the GOP for that stubbornness is going to be the party's undoing.  It's already started.  Today it's Ohio, tomorrow it will be Wisconsin and in 2012... well... 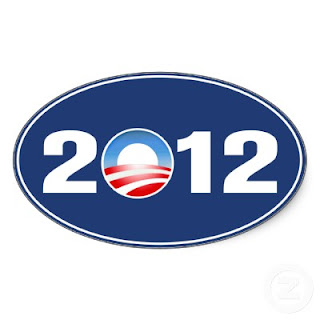