I suspected this blog was a joke when I read it.  Well, either that or it's the most ridiculous, over the top, right-wing Christian ignorance collective this side of the Westboro Baptist Church.  I was inclined to go with the former, considering some of the other articles I read on their blog since it was first introduced into my world yesterday by my good friend Tracie, and after a little "investigative work" (i.e. wikipedia), I confirmed it is, in fact, a satirical site.  However, many of the reader comments after each article are definitely real - and hilarious!

So, as I was saying, I became aware of this blog thanks to my friend Tracie and it was in particular due to an article she sent me titled "12 Reasons to Boycott 'Game of Thrones' in 2012".  For reference, here is the article.

First off, this is a fantastic sample of the kind of stuff you'll find all over this site, from the outrageous premises of each article to the copious use of derogatory slang, it's like The Onion of Christian extremism and it's awesome.  So, as I was saying, I'm reading this article about why you should boycott Game of Thrones and there are so many great gems in here!

"6. Actor Peter Dinklage, who plays a dwarf on the show, has become the poster child for sodomy amongst America’s youths."

That's just good stuff, right there.  It brilliantly combines all of the scariest threats to Christian children - sodomy, acting and dwarfism - in one shocking indictment.  Then you read the explanation...

Grunty thrusts!?  I LOVE THIS SITE!  Seriously, I want to write stuff like this!  When I first read this list, I was prepared to write up a blistering rebuttal to these ridiculous points and judging by many of the comments after this and other articles, I clearly would not have been the first person to be trolled by Christwire, but then when I realized it was all just a great bit of satire, my interest in blogging about these guys didn't wane but rather changed from scathing criticism to high praise.


Also, their use of imagery that would offend any Christian to prove their point is fantastic.  Of course I will provide examples! 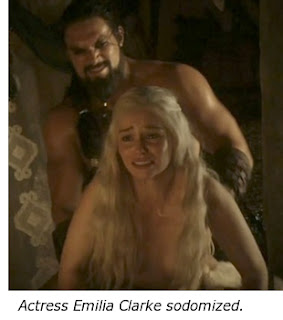 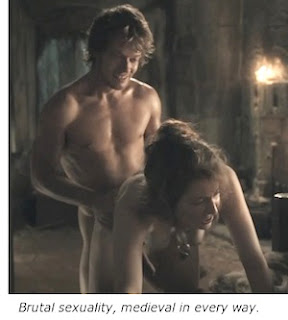 Here is just a sample of some of the other articles on Christwire.org:

"Modern Family's Jesse Tyler Ferguson plays gay on TV, but in real life he is a homosexual."

And, an article about Justin Bieber and Selena Gomez, innocuously titled

Which is made outstanding with lines in the article itself like "I thought they were supposed to be about Disney Christmas and sunshine rainbow happiness and not yearning for a late night colon whisper."


Speaking of Justin Bieber, the article that basically proved this site to be a work of satire, even before I confirmed it independently, was one titled "Topless Rachel Maddow shocks, offends beachgoers with new Jesus tattoo."  When I clicked on the link, eager to see steamy pics of Rachel Maddow's flapjacks getting some sun, I was greeted with this: 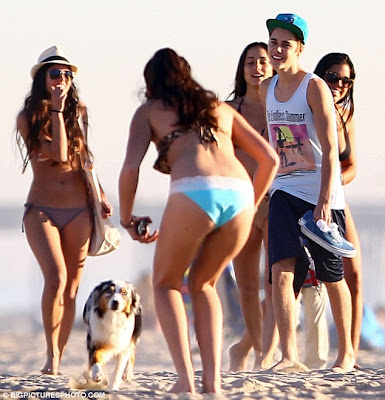 So, what began as a mission to absolutely rip on some good ol' fundamentalist ignorance has, instead, turned into an appreciation post for my new favorite satire blog - Christwire.org.  Read it for the articles, stay for the trolls in the comments section.  Also, thanks again, Tracie, for taking the guesswork out of what I was going to write about today!