Last week, a friend of mine posted the trailer for the new Green Lantern movie.  Now, I've never been a huge Green Lantern fan, really.  I mean, don't dislike him as much as, say, Aquaman, but I've always been more of a Batman and Superman fan in terms of DC Universe superheroes.  That being said, I can appreciate the Green Lantern story, and Hal Jordan is my "favorite" Green Lantern (sorry, Alan Scott fans).  So, I was fairly interested in seeing this trailer for a Green Lantern movie.  With all of the over-the-top CGI available today and the very awesome modern trend of making superhero movies that are serious, loyal to the comic storyline and geared towards adults instead of kids that sort of gained momentum with the original X-Men movie back in 2000, and thanks to Christopher Nolan's incredible Batman series, as well as noteworthy contributions like Iron Man and the critically-mixed reviewed Watchmen (which I thought was good, but I'm admittedly not a big loyalist to the original graphic novel either), I figured even a movie about a superhero I never got all that worked up over could still be pretty entertaining.  I mean, before Iron Man, I was never a huge fan of that character either, but that's what good directing, great action and, most importantly, an awesome actor can do for a film.

Imagine my chagrin when I clicked play on the youtube player and see this:


When I watch that video, all I can think is "Man, that looks like an amazing movie, except for fucking Van Wilder in there flying around trying to be serious..."  And that's the problem with casting Ryan Reynolds in a movie - he's always Van Wilder, no matter what movie you put him in.  It's the problem that arises when your best movie is the one where you play a smug, slacker knockoff of Ferris Bueller goes to college, everything you do from then on looks like "Van Wilder does _____."  Case in point: 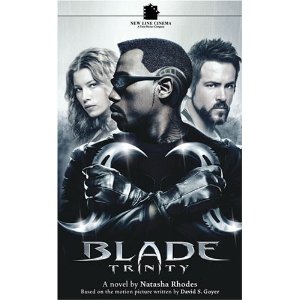 Van Wilder: Vampire Slayer
Unquestionably the worst of the Blade series.  Following on the heels of the incredible Blade II

, Blade: Trinity sucked colossal goat nuts, due largely to the fact that Ryan Reynolds couldn't stop acting like fucking Van Wilder long enough to be anything more than an annoying distraction to what should have been a great third installment.  Snipes did his thing, Kristofferson did his thing, even Jessica Biel's amazing body couldn't overcome Van Wilder's annoying ass insistence on making a one-liner comment after everything that happened in the movie.  It was to the point that I rooted for him to just get torn to shreds by some damn vampires already so the movie could stop being such a fucking joke for 2 seconds and actually be a good, serious action/horror film, like it should have been.  No such luck, and the only thing this vampire movie sucked was dick. 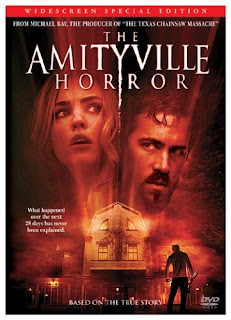 Van Wilder and the Haunted House
The original, 1979 movie

was an epic haunted house ghost story.  The acting was great, the directing was great, the whole movie was creepy, unsettling and forever made me get chills whenever I see a house with windows that kind of look like eyes.  The 2005 remake was lame.  Again, it wasn't for a lack of effort on the part of the director and cast, and even though Reynolds tries harder to not be Van Wilder here than he did in Blade: Trinity, he still comes across all frat boy douchebag, even when he's fighting to save his family from the evil, supernatural forces that are trying to send them to hell.  You can grow a Van Dyke all you want, but you're still Van Wilder. 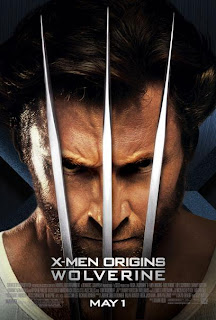 Ok, Van Wilder was like only the 4th most annoying thing about this one...
In Ryan's defense, X-Men Origins: Wolverine would have been a terrible movie even without him.  The CGI was horrible and it looked like it was mostly unfinished.  The plot was stupid, the plot was stupid and the plot was stupid.  On the one hand, I feel like this movie was so bad that it's the reason we haven't seen any other X-Men Origins films for the other members, but on the other, if they're going to be as shitty as this one, then it's probably for the best.  Of course, there's supposed to be a sequel to this film, which seems even more baffling considering it's a prequel movie and how many fucking prequels do you need?  It's like Missing in Action 4: The Beggining, part 2... like, really?  That being said, though, the presence of Ryan Reynolds as the annoying, incessantly wise-cracking member of Logan's covert ops team of chatoic neutral superhumans was just another turd in the punchbowl.  The best line of the whole movie was when Logan sees Wade (now as Deadpool) with his mouth sealed shut from the procedure that gave him all his superpowers and says "Guess Stryker finally figured out how to shut you up." 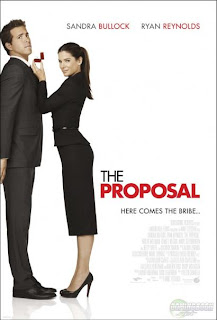 Van Wilder Gets Married.
Ok, I love Sandra Bullock.  I can totally ignore the fact she has the same black baby hoarding problem that a lot of other celebrity actresses have, because she's cute, she's a brunette, she's got a great body and if she's willing to put a ring on Jesse James' finger, I'm about 50 more tattoos from having a shot at that my damn self.  I even will go so far as to defend Ryan a little on this one because it's actually sort of ok for him to be Van Wilder in this movie, because it's supposed to be a romantic comedy and if there's anywhere that a smarmy pretty boy with douchey charm and tepid sense of humor can shine, outside of a National Lampoon college film, it's in a vanilla romantic comedy.  That being said, any of a dozen other young male actors could have done just as well, if not better, in this role.  When Sandra Bullock is your boss and you are her whipping boy, you're not supposed to carry yourself with the attitude that you'd be doing her a favor by letting her fuck you. 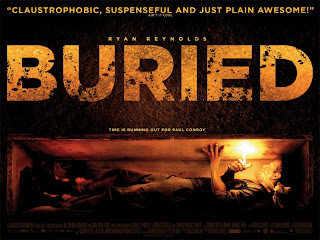 Van Wilder Gets Buried!
Ok, this one has a happy ending...
I think I've made my point.  Ryan Reynolds may be a hit with the ladies, with his cocky charm and meterosexual good looks, but he's poison to good movies.  Inexplicably, he keeps getting work, I can only assume because women for the most part will literally ingest human feces if it comes from the anus of a cute enough guy, but he's never made a single action movie that hasn't been either the worst of the series or painfully lame as a stand alone film.  There's nothing to suggest that his portrayal of Hal Jordan in the upcoming Green Lantern movie will be any different.  Will I go see it?  Probably, maybe, I dunno.  I do enjoy seeing 3D movies in the theater where I can actually enjoy the 3D, but then again the prospect of spending close to $30 for two tickets to see a movie that could very well end up being a flashy bag of 3 dimensional shit burning on my front porch for 2 hours isn't terribly appealing either.  So, we'll see I guess.  I suppose it will depend on how well the coming trailers and teasers for the film motivate me to pay the ticket price vs. waiting to rent it on DVD, but I can guarantee with almost Nostradamean accuracy that Ryan Reynolds will be annoying, unfunny and fuck up what might otherwise be a great movie, because that's just how Van Wilder rolls...
Posted by Dave at 4:27 PM